Fun Facts About The Nutcracker!

Gee, is it the holiday season yet? We don’t know about you, but here at OBC, December is our favorite month of the year! We keep itching for the weather to start turning cold so we can bust out our sweaters and scarves and hot chocolate (Mmm!)  and peppermint sticks–and, of course, dress up with our family to see The Nutcracker! (In my family, my mother says, “It just doesn’t feel like the holidays without The Nutcracker!”)

For many people, The Nutcracker is a family tradition that comes only once a year–but even for those who see this ballet faithfully every holiday season, I bet there are some tidbits about this ballet that even the most tried-and-true Nutcracker fan would be surprised to know! So, here are some (lesser-known) facts about your family’s favorite ballet!

(Okay, you got me–that last statement was more of an opinion than a fact! But there’s no denying that our snowballs are some of the cutest around!)

We hope you learned something new about your favorite ballet! Stay tuned for more blog posts, including more interviews with OBC dancers!

And, from everyone here at OBC: Have a safe and a happy Halloween! (But we all know Halloween is just a stepping stone to the best holiday of the year!) 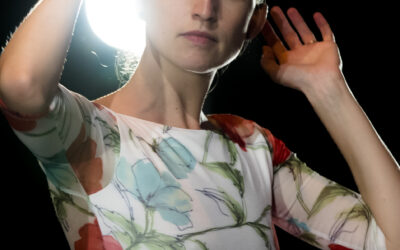 The study of dance is exciting, challenging, and rewarding. It can also be frustrating and disappointing. As a profession, a lot depends upon qualities over which you have no control. Of course, we can work and improve but proportions or our overall shape are out of...

We’re so proud of Academy at Oakland Ballet student Alexandrea Baker for having won first place in a youth arts competition with her solo choreography! This contest was sponsored by Arts for Oakland Kids, a fantastic organization who aims to ensure that students in...

Voter Resources for the Arts Community and Beyond

Here at Oakland Ballet we’ve gathered a few resources that we felt might help smooth the voting process. We hope they make casting your ballot easier, and if you want to go beyond the ballot and get more involved in arts advocacy, we’ve got you covered too! Feel free...

Join us in a celebration of Día de los Muertos.   Share a meal from Agave, Ballet Folklórico México Danza, Jalisco Harpist Salvadore Vazquez, hear about the elements of an ofrenda with Daniel Camacho, learn to construct paper marigolds, and see excerpts of Oakland...

Oakland Ballet recognizes the contributions of LatinX Americans and Hispanics in our community. Board members, donors, company dancers, teachers, and choreographers, our organization is strengthened by the addition of their voices, diverse heritage, and perspectives...

It is with great regret that we announce the cancellation of the 2020 Paramount Theatre performances of Luna Mexicana and The Nutcracker.  Look for their return in 2021. Our Luna Mexicana Stay At Home Soiree will be October 30, 2020 7PM. Tickets available soon. Mark...

Connecting with the Community

As spring bursts into full bloom, the artists and staff at Oakland Ballet Company are still basking in the success of the company’s newly added, early spring season – this year featuring the premiere of Jangala. This all new program had a modern, urban take on The...

Magic in the Multipurpose Room

Casting for Graham Lustig’s “The Nutcracker”

Go Behind the Scenes of Graham Lustig’s “The Nutcracker”

Every December, Oakland Ballet Company dancers delight the East Bay community with performance of Graham Lustig’s The Nutcracker. When each performer dons a costume, wields a prop, or is transported to the magical Land of the Sweets via a giant hot air balloon, they...