Oakland Ballet Company’s summer program offers dancers ages 8 and up the opportunity to train intensively with one of the Bay Area’s leading professional dance companies in a fun, challenging, and nurturing environment.

Faculty will be composed of Oakland Ballet Company dancers and guest teachers. 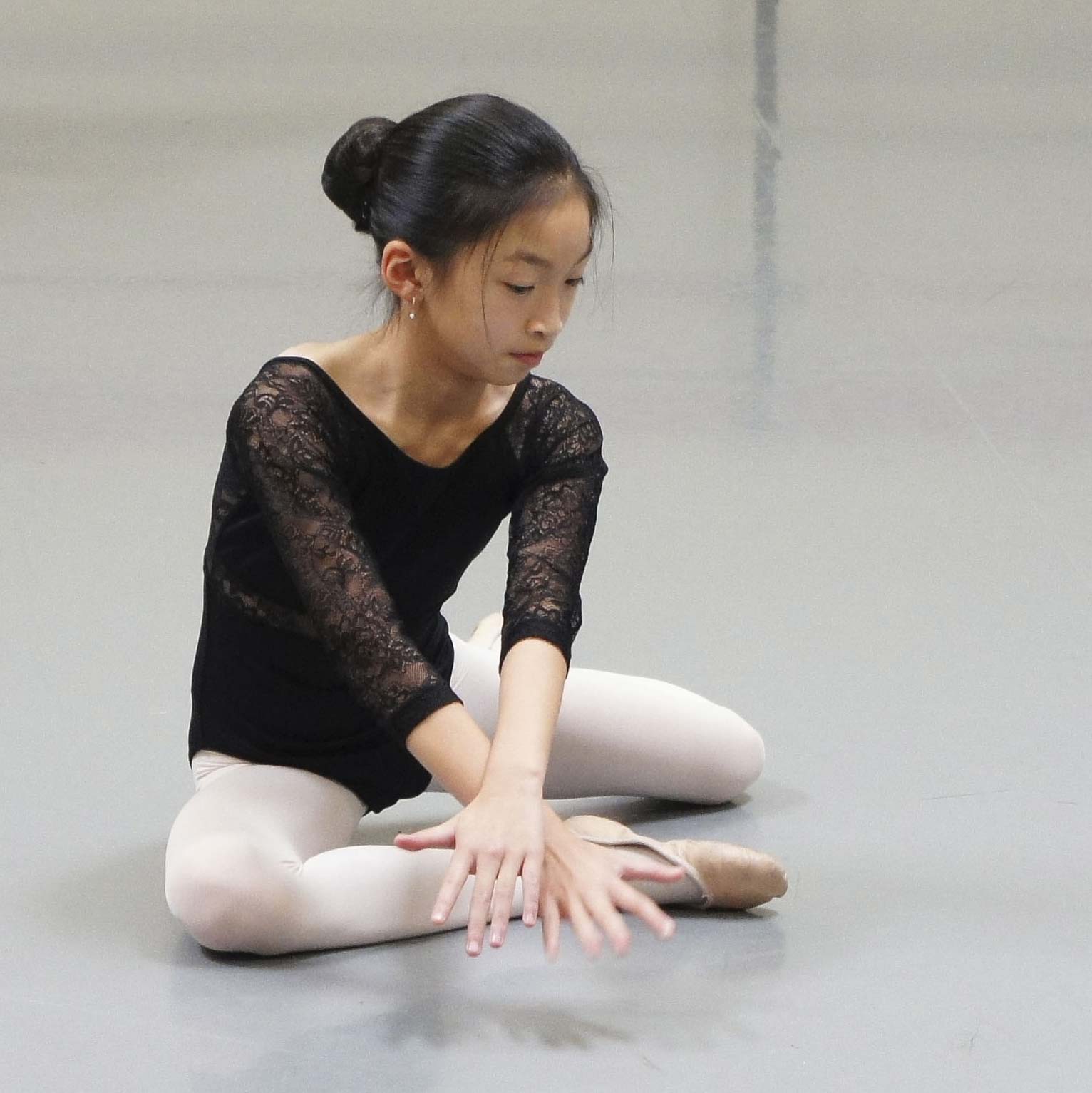 Thank you so much for a wonderful three weeks! I really enjoyed getting to learn about the stories of Raymonda, Cinderella, and Coppelia. I am so greatful that you helped me tap into my creative mind by having us choreograph dances. You taught me how to let myself be one with the dance. Thank you so much for being supportive of my ideas and helping me understand how to put dances to music. 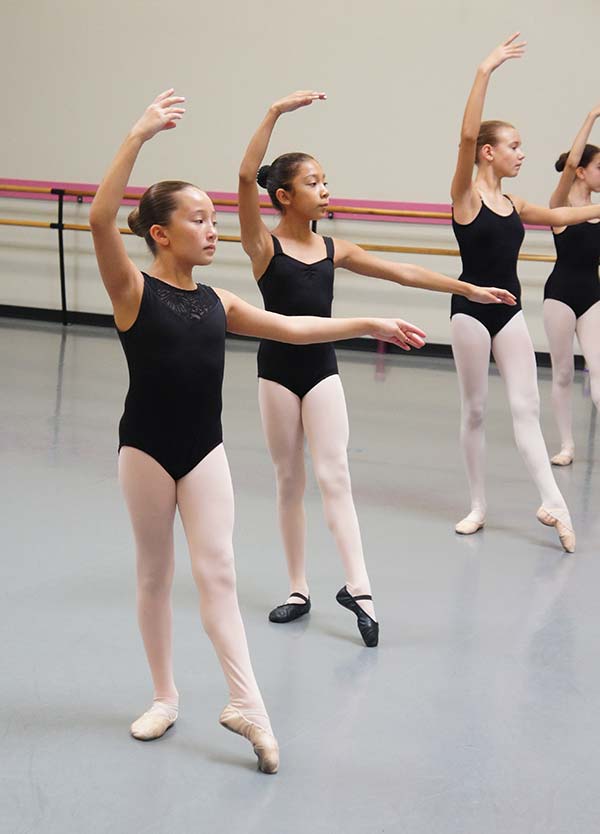 July 6-24, 2020
Dancers will be divided into two different levels in order to deliver a more personalized training.

*The first day of each session will serve as a placement audition to ensure that each dancer is enrolled in the level that will be most beneficial for his or her experience.

Each week will feature repertoire and choreography from different ballets.
Week 1 La Bayadere
Week 2 Paquita
Week 3 Coppelia
Choreography sessions provide the opportunity to explore their own creativity as they create their own dances with guidance from the faculty.

*Age is used as a general placement guideline. The first day of each session will serve as a placement audition to ensure that each dancer is enrolled in the level that will be most beneficial for his or her experience. 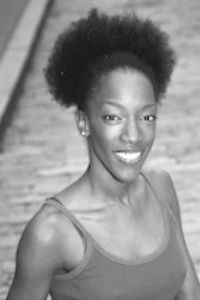 Paunika Jones (week 2) was born and raised in Miami, FL. After graduating from the New World School of the Arts, she began her dance career at Dance Theatre of Harlem under the Direction of the late Arthur Mitchell. Here she ascended the ranks from Dancing through Barriers Ensemble®️ training program to Principal Dancer. Ms. Jones has worked in various ballet, contemporary and dance theatre companies both nationally and internationally such as Collage Dance Collective, Complexions Contemporary Ballet, Ballet Noir, DEMA, Urban Jazz Dance Company, Brooklyn Ballet, Sign Dance Collective, and Columbia City Ballet.  With the Oakland Ballet, Ms. Jones performed the role of Marie in The Nutcracker, 2019.

Constanza Murphy (week 3) trained at The North Star Ballet in Fairbanks, Alaska before attending the University of Utah. She has danced with several classical and contemporary companies throughout the country, including Ballet San Antonio, Missouri Contemporary Ballet, and Bay Pointe Ballet. Her career has been highlighted by roles such as Tinkerbell, Lucy, and Swanhilda, as well as opportunities to dance in works created by Amy Seiwert and Renaud Doucet. With the Oakland Ballet, Constanza has danced Luna Mexicana, Russian and Arabian in The Nutcracker, VISTA, Oaktown Blues, and Jangala. 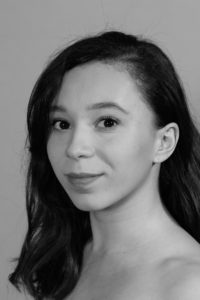 Jazmine Quezada (weeks 1, 2, & 3) is from Ventura County, California where she began her ballet training at age 11 with Ventura County Ballet. She has attended the American Ballet Theater New York summer intensive and the Joffrey Chicago International summer dance intensive, before joining the San Francisco Ballet School on full scholarship. Jazmine has performed in San Francisco Ballet productions such as The Nutcracker, Sleeping Beauty, and danced the lead role of Grace in Helgi Tomasson’s Meisten Mozart. With the Oakland Ballet, she has performed the role of Luna in Luna Mexicana, and the Monkey Queen in Jangala.  This is Jazmine’s second season with the Oakland Ballet Company. 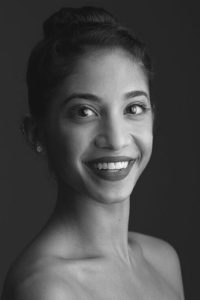 Ashley Thopiah (week 1) has a BFA in Dance Performance from Butler university. She began her dance training at the Christine Rich Studio Dance Academy and attended summer programs at State Street Ballet, Joffrey Ballet, and Hubbard Street Dance Chicago. Ashley has performed corps, soloist, and principle roles in Swan Lake, The Nutcracker, Giselle, La Bayadere, Cinderella, and George Balanchine’s The Four Temperaments. As a choreographer, she has created pieces for Butler’s dance department, including Jyoti and Ekta. Using modern and Bharatanatyam, a form of classical Indian dance, Ashley expresses two distinct but intertwined aspects of her identity.  During the summer of 2018, Ekta was performed in the National Opera House in Warsaw, Poland, across Prague, Krakow, Poznan, and Bratislava.  Ashley joined Oakland Ballet in 2019.

Have questions about Oakland Ballet Company’s summer dance intensive? We’re here to help! We want this special summer experience to be a chance for young and aspiring dancers to explore the full breadth of ballet and to help them build on their dance goals.

If you have any questions about our summer intensive workshop, please email OBC Education Coordinator, Bat Abbit at babbit@oaklandballet.org or give us a call at 510.893.3132.

Refunds are considered if a dancer experiences an injury or another medical condition that prevents him or her from completing the program. Upon notice, OBC will issue a refund for the remaining tuition balance – prorated for any time actually attending the program. Note: a $50 charge will be applied to tuition refunds. This charge helps to offset administrative expenses and any applicable credit card processing fees incurred.